Let me take a wild guess. When it comes to talking to your teen about something important, most of the time you end up looking like this: 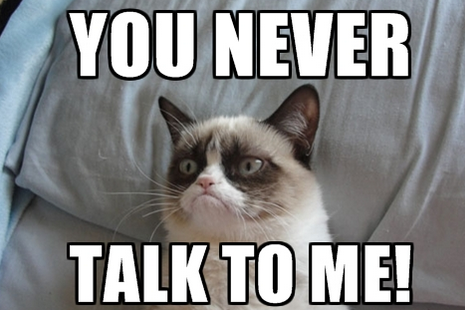 Are you sympathizing with Grumpy Cat and wishing you didn’t?

If so, you’re far from alone.

Teens make mistakes. Like all of us, they do things they shouldn’t. But it’s up to us as caring adults to help them learn from the inevitable mistakes.

I get it. We’ve all been there. There are a lot of sensitivities around this process. Challenging topics are challenging for a reason—they’re not easy to talk about.

As Joseph Grenny writes in his book, Crucial Conversations, you’ll know you’re facing a crucial conversation when these three things are present:

When you’re faced with this combination, there are only three options:

We all care about our teens, and we want to see them mature. That means taking the high road, bringing up the tough stuff, and handling that conversation well.

Thankfully, there are some tactics you can use to get teens talking. By following these steps, you’ll be better equipped to start difficult conversations, and even…encourage your teen to come to YOU when they need to talk. 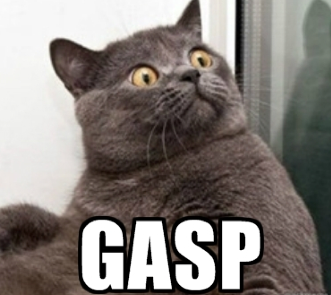 YES, you can get teens talking!

Here are the 5-keys to get teens talking…

You know what happens when you try to start tough conversations? Things get awkward. And that’s okay; it’s natural. But that awkwardness will probably make your teen want to close off.

That’s why you have to go first. Tell an embarrassing story. Open up about a mistake you recently made. Be vulnerable first.

Sure, you’ll feel uncomfortable at first. (AKA exactly how your kid feels) But it will take a good deal of the burden off of your kid.

Because as the leader you did the hard thing first.

Teenagers are used to people talking to them differently just because they’re younger. Don’t be that person. If you don’t want them to skate around their issues, then don’t skate around yours.

Nobody is perfect…and your teen doesn’t want to hear that you’ve never made a mistake (they know better) especially when they’re struggling.

Open up, and show that it’s safe for them to do the same.

Rookie: “I can’t believe you did that!”

Pro: “I know it’s embarrassing, here’s a time when I did something stupid and what I learned from it…”

Before you say anything, T.H.I.N.K. about it.

THINK is an acronym that sounds elementary, but it actually contains a profound mental checklist for approaching your kid about something challenging.

You don’t want to exaggerate or manipulate the conversation to make a point. Stick to the facts.

As Grenny also points out in his book, it’s a MYTH that you have to choose between telling the truth OR maintaining the relationship. You can do BOTH. And when you have important conversations respectfully, it actually STRENGTHENS the relationship.

H: Is what I’m about to say HELPFUL?

You can be truthful without being helpful. For example: “Your fat.” It could be true, but it will also cause relational damage.

Make sure your truths are constructive.

I: Is what I’m about to say INSPIRING?

Even though you may feel your teen doesn’t care about what you have to say, your words have the power to build them up and tear them down. You should seek to inspire your kid towards what they COULD be.

N: Is what I’m about to say NECESSARY?

This is all about timing. Don’t try to have a tough conversation when you know it’s going to be cut short or your kid is still half asleep.

Ask yourself: Is it necessary to have this conversation right now, or can it wait until later when we have more time to unpack the situation?

K: Is what I’m about to say KIND

There are two ways to say everything, and only one of them is kind. By being kind, you’ll show that you care about your kid’s feelings and, in turn, model how you would like to be treated.

Rookie: “What do you mean you’re not ready to talk? I saw what happened. Explain yourself.”

Pro: “Now that we have some time, I want to talk to you about something important.”

Rather than just scolding your kid, focus on asking questions. After all, it’s way more important for your kid to talk than for you to talk, right?

You know where you stand on these tough issues. You know what’s right and wrong. What you don’t know is what they think about it, and why they made those mistakes. Meaningful questions will get them to consider their actions.

Rookie: “Never do that again.”

Pro: “What would you do differently next time?”

KEY #4: Attack the Behavior, Not the Kid.

When your teen does something wrong, make sure to stay away from using accusatory words. They made a mistake, they are NOT a mistake.

Let’s say your kid slept in and missed the bus. Even though you may feel like calling your kid a lazy bum (I get it!) for being late to school…be careful. Make it evident that you’re disappointed in what they did, not who they are.

This way, you’ll help them to realize the problem without attacking their character and shutting them off.

Pro: “I know you’re NOT the sorta person who wants to be repeatedly late”

KEY #5: Teach Your Kid How to Think, Not What to Think.

Ask questions to help them identify the consequences of their poor decisions. Questions lead to critical thinking.

For example, using our previous scenario of your kid missing the bus, you could ask any of the following:

“What do you think you should’ve done differently?”

“What were the consequences of you oversleeping?”

“What else could go wrong if you are late for school?”

Once you’ve both identified the issue and the repercussions, it’s time to come up with a clear strategy to make sure the mistake doesn’t happen again. After all, you can’t change the past, but you can learn from it.

Wishful thinking is not a strategy.
Work with your teen to develop a concrete plan.

To do so, try asking:

“What is your strategy to make sure this doesn’t happen again?”

“Is there anything I can do to help you in this area?”

“Can I brainstorm with you?

“Can I check in with you to see how it’s going?”

Here’s what I know: As a parent, if you tell a kid what to do, they’re going to rebel. You probably did the same thing as a kid, didn’t you?

So you can appreciate that a kid in a tough situation doesn’t want to be lectured to. Rather, you should ask questions. By doing so, you are invite and invoke critical thinking.

Ultimately as parents, that’s what we want: a fully functioning teenage human being who, without us there, can analyze a situation and know in that moment what the wisest choice is.

Example Strategy: I will commit to setting my alarm one-hour before I need to leave and keeping the alarm clock across the room.

Having crucial conversations that get teens talking doesn’t have to feel like a scene from Mission Impossible.

BONUS: 8-QUESTIONS TO GET TEENS TALKING